Love potions for the 21st Century! Re-blogged to archive on Life on an Alien Planet.wordpress.com Interested to see where this goes…..

I rather enjoyed the original fairy-tales. They were pretty gruesome – scary in fact. Imagine the courage of caged, abandoned children waiting to be eaten in the Hansel and Gretel story, sticking a chicken bone through the bars so the witch could feel how skinny and unappetising they would be should she choose to eat them that day.

And, oh, the fear that the hunter would rip out Snow White’s heart for the terrifyingly jealous Wicked Stepmother! And Snow White’s kindness to seven men dwarves, chiding them to be neat, clean and orderly.

And the dreadful conditions of poor Cinderella in grubby clothes sitting amongst the cold ashes and living with cruel sisters – a reflection of the condition of poverty stricken children and young people of that time long ago. And the desire for her situation betterment.

The real fairy tales told of love, hate, jealousy, envy, greed, ingenuity, loss, fear, loneliness, hope, kindness and survival – and history once upon a time, a long time ago. That’s what I thought. Teaching stories, they were. Teaching us through our own emotional responses.

But Feminists are very anti fairy-tails, saying they were written to groom girls into submission by cis males bent on dominance. I don’t think this is true. The old fairy-tales were about lessons in behaviour, not only for girls, but for boys too.

Fairy-tales now days are different. I agree with Feminists about how they are presented to children now.

In fairy-tales, the girl wins the Prince. Well, in Disney fairy-tales, which are slick, superficial re-tellings of the real stories, they do. Girls attract the Prince by looking pretty, feminine and wearing beautiful clothes. And the Prince is captured by their beauty and the two of them fall instantly in love.

Just about every girl, and some boys too, even in remote countries, have ‘Princess Dolls’, manufactured with bodies, hair and faces that capture the Princess ‘look’ that is wildly unachievable by any young person – comic characters really.

Drag queens strive to achieve it, and do, very cleverly.

But despite any protests by feminists, the fairy-tale, is still the most popular situation for women. Women marry ‘up’ – called Hypergamy – quote –

However, even in relatively gender-equal societies it is generally accepted that young women will often partner with powerful older men; while the general rule is that older men have had more time to gather wealth and status than younger men and they are on average wealthier and of higher status.

Many women, even Feminists, still long for their own fairy-tale.

Instead we have had hate, rage and dis-unity to a shameful degree.

Great British politicians have shown themselves to be a whimpering collection of fearful people, cowering in the shadow of their real rulers – the EU.

And Mrs May has shown that, far from meaning “Brexit means Brexit”, she is an appeaser, weak, untruthful, shallow, feeble and unloveable.

As a woman, she is disappointing.

As a Prime Minister she is even more disappointing.

As a representative of Great Britain, she is embarrassing.

The pain of feeling shame for the whole ghastly, disappointing  mess that is Great Britain now, is almost too much to bear. 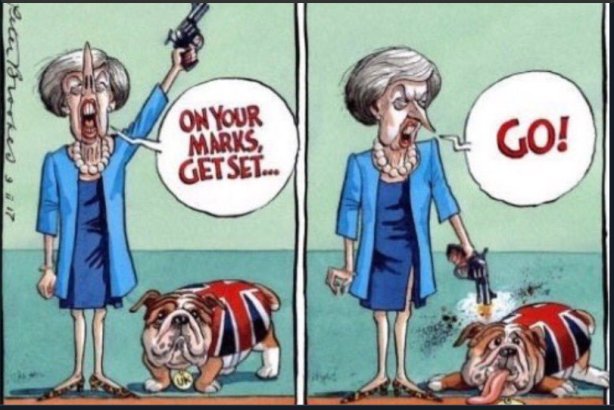 I wrote a post on the UK Mad Hatters of education here .

There has been an outcome from the many outraged comments on Twitter about making six year olds write a love letter from a King to his (male) servant suggesting marriage.

While the government’s response to the consultation is yet to be published, The Timesreported “civil servants are understood to have made it clear” that inspectors should no longer fail private schools on the basis of neglecting to meet sexual diversity requirements, which include making children aware of issues such as “gender reassignment”.

Ofsted, whose leader Amanda Spielman has demanded schools place “liberalism” at the “heart of the curriculum” while insisting that institutions with “cultural conservative or religious values” should be “exposed”, said the standards should remain in place, with a spokesman saying the watchdog believes it “appropriate” that all primary school children are taught to respect LGBT lifestyles.

The Department for Education said: “Independent schools, like all schools, have to promote respect for other people with particular regard to the protected characteristics under the 2010 Equalities Act.”

News of the move, which was deemed as a government U-turn by left-wing opponents, followed what The Times characterised as intensive lobbying by faith groups after reports that schools were being downgraded over teachers’ failure to explicitly highlight LGBT issues during class-time.

This applies to schools that are NOT Government schools, remember.

Failing a private Jewish girls’ school for the third time, Ofsted claimed that pupils at the north London school for children up to the age of eight were being denied “a full understanding of fundamental British values” because they were not given instruction on homosexuality or gender reassignment.

Buckingham University’s Professor Alan Smithers told The Times: “Whether or not young children should be taught about LGBT issues and gay families in schools has been a battleground for ages.

“This looks like a government U-turn. Jewish, Christian and Muslim groups have bitterly resisted the requirement to teach alternative lifestyles, with protests and placards. If this loophole is granted to independent schools, there will be a big push for this in state primary schools too,” he added.

The news came after backlash on social media to a video which shows 6-year-olds at a state primary school in Manchester being tasked with writing homosexual love letters from a fictional ‘Prince Henry’ to his manservant, ‘Thomas’.

A full understanding of fundamental British values, for me, has got nothing to do with a tiny minority of people that many small children have probably never encountered and instruction on homosexuality or gender reassignment in junior schools is ABSOLUTELY not acceptable in any junior school. It is child abuse to my mind.

Bring on the outrage!

I see ideas that really frighten me, being a teacher and promoter of education as a tool to lift people out of poverty, free women, open minds, stimulate, nurture.

I recently read that Universities in South Africa were having to deal with students refusing to study art, music, science, history, philosophy, because they are dead white man subjects.

The west has had a massive effect on the lives of every person alive. Tee shirts are the popular apparel of people in the world’s remotest regions.

So, refusing to learn white dead man’s science seems, to me, as crazy as it can get. You complain about it whilst watching TV, driving a car, shampooing your hair and eating well – and using your smart.

Talk about shooting yourself in the foot! There is no logic there.

These movements of victims of every variety are a direct result of Post Modernism pushed to its limits, a philosophy that has infected the Universities. The generations coming out of universities are our future. They will have little to guide them through the trials of life; no standards, no guide, no critical thinking. No dead white patriarchal stuff.

I dunno. The world has gone potty!

Our children are being brainwashed in our UK schools by people who have been indoctrinated by pottiness in the universities.

A video published by the British Broadcasting Corporation (BBC) showing 6-year-old school children being instructed to write gay love letters has been causing a stir on social media.

“This school teaches children about LGBT relationships from an early age,” enthuses the BBC’s subtitled commentary.

“This class of six-year-olds is learning about gay marriage. In this fairytale, the Prince wants to marry his [male] servant. And the children are writing a love letter.” Link

Now, these same potty people have banned applause in Manchester University in case it upsets people!

Clapping has been banned by one student union keen to be more inclusive towards those with anxiety or sensory issues.

Jazz hands will replace clapping, whooping, and cheering at the University of Manchester student union events.

At its first union meeting of the year, it was argued that the traditional loud noise should be replaced by the more inclusive form of expression – British Sign Language (BSL) clapping. Link

The average, normal person is either male or female.

The average, normal person can see and hear.

The average, normal person is not depressed and has learned to deal with personal anxiety levels.

I think things should be arranged to suit the average, normal person.

The average, normal person statistically is what MOST people are.

We should not teach our children that being gay is average or normal because it disadvantages all the average, normal people in the world.

We should not pretend that BSL clapping will help the tiny group of profoundly deaf people at the expense of normal people who traditionally clap as applause, when this is really a Feminist intervention.

We should get ourselves out of the asylum of Post Modernism as quickly as possible because average, normality will soon by overrun by the lunatics running the asylum and us ordinary, normal average folks will become extinct! 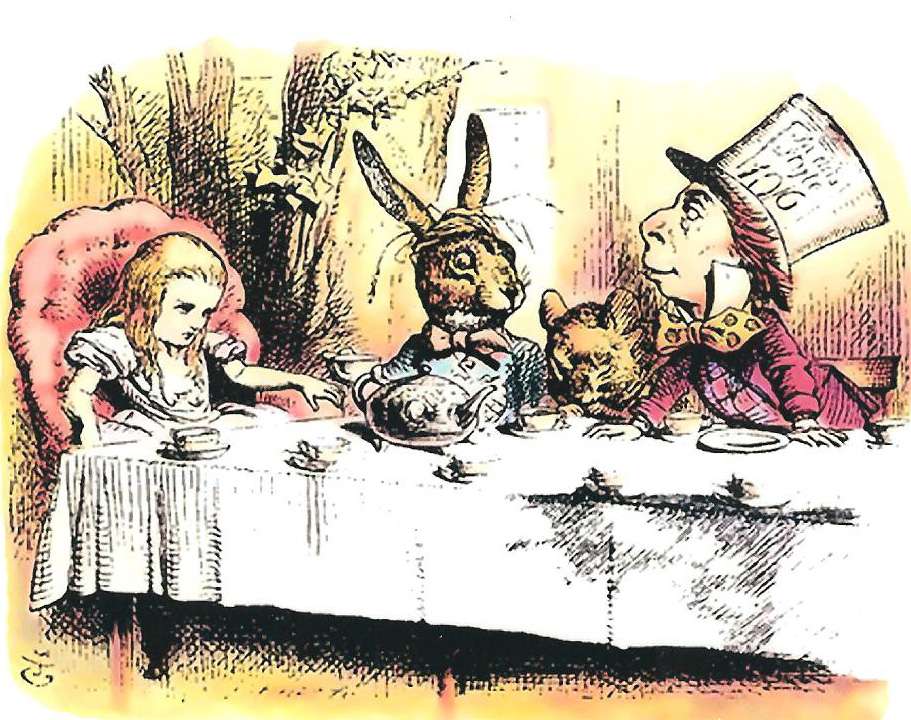