At last! Corbyn and May meet. They should have met two years ago! What the hell have they been doing? What will happen next? Who knows? Answer – nobody! 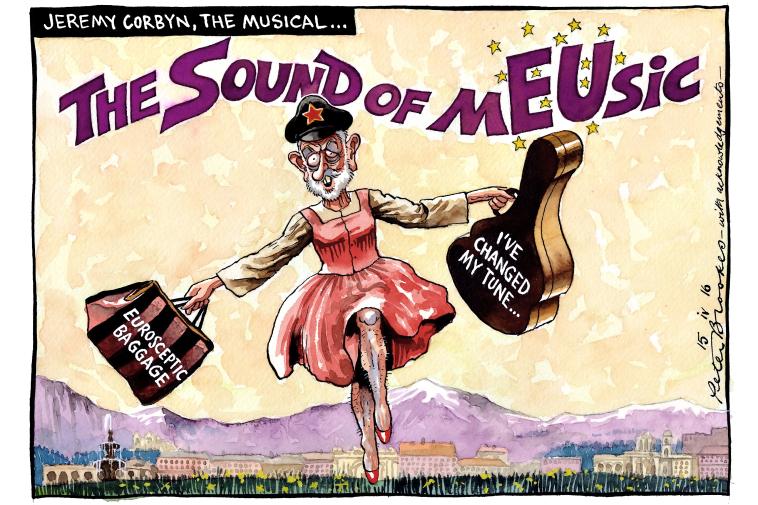 I have been following the Covington Catholic School hysteria. This was triggered by a video snip that showed a lad in his red Trump cap, smiling (called smirking) at a Native American singing and banging his drum, right in his face. It was instantly condemned as a white displaying his privilege and racially abusing a poor old man.

Celebrities condemned the boy. The press ran with it. Twitter went crazy. Hate spewed so that the boy’s reputation, the school’s reputation, his family’s reputation are trashed, and a bounty was even offered to anyone who would harm him. The school itself condemned him.

When the actual long video from which the snip is taken, is viewed, the situation is quite different!

None of the accusations apply. None. And the dear old man (revealed as a lier) stepped into the boy’s space. The smile? Appeasement and confusion…

Apologies and reparations are thin on the ground. No one likes to look a fool.

I think the Covington incident might be a historic event. It shows how very low, we as humans have descended. We might not rip people apart physically, but we rip people apart by judging too soon what appears to be something that it is not.

We are taken in by fake news.

This time, we have gone too far.

Here is Stefan Molyneux’s thought provoking assessment of the Covington incident…and a link below his video to the full video from which the snip was taken.

THE TRUTH ABOUT THE COVINGTON CONFRONTATION

I’m an abortion in-betweener. I think abortion is good when done very early. 24 weeks which is the current cut off  is too late for me. What is 24 weeks, 6 months? At six months a baby is a person!

But this morning I watched this video of people clapping and cheering as the new law allowing up to birth terminations by any medical staff was signed in New York. As they laughed, I thought of the grief of thousands of mothers aborting thousands of babies who are real people.

To me, late abortions should only be done by proper doctors under exceptional circumstances.

I am watching history happen. Brexit is one of the biggest performances of dishonesty, manipulation and deceit in the history of the British Parliament.

I see the bias of the BBC to remain, the collusion of the newspapers to remain.  It’s disgusting.

Watching the Remain experts speak and hearing what utter bollacks they spout is an illuminating experience. They don’t know. They simply guess. It’s deeply disgusting! There is always only doom and gloom about what horrors will happen to us when we leave the EU – IF we leave the EU. I felt safer when we believed in Satan and Hell.

This whole two year performance has been staged by those collaborating with the EU, who do not want us to leave, to display to the rest of the EU, how enormously difficult it would be if any other country tried the same thing. We are an example.

All the political parties are guilty of this fraud on the British people. They have sqabbled, fought, sniped, griped, bickered, wrangled and never, ever co-operated with each other on the behalf of us Brexiteers.

I tried to watch the debate on Government TV video link in Westminster Hall triggered by the very many petitions which had thousands and thousands signatures asking for a no deal Brexit. There might have been ten people in the hall, and the video link is so bad, it buffered and buffered and buffered. This debate ? was a sop thrown to us. Nothing taken seriously…I might be wrong – do watch it yourself….if you can.

I don’t know what to think about Theresa May – I’m trying to feel good thoughts, its very difficult. I have to admit profound disappointment. She’s a funny secret fish by all accounts, low on charm. Whose side is she really on?  If she’s a handmaiden of the EU, together they’ve done a bloody good job of dragging on the Brexit pain, seeding confusion and creating a successful two year dog fight.

When she triggered article 50, we should have simply LEFT.

Here is a video you might already have seen, but I’m watching it again, to remind myself what a monstrous thing the EU really is, and why I would vote again to leave it….and why I will protest if we don’t.

In 2018, the American Psychiatric Association identified what they considered to be the three major goals of parenting:

2. Preparing children for life as productive adults, and

Many environmental and biological factors influence a parent’s and a child’s capacity to reach these ambitious goals. However, there are still a few simple changes in how we try to parent our children and how we work to manage emotions in ourselves and those closest to us that can make a significant difference…

In 1971, a researcher named Baumrind identified and developed three main parenting styles. These parenting styles include parents’ attitudes and values about parenting, their beliefs about the nature of children, and the specific strategies they use to try to help socialise their child.

The parenting styles are known as:

Includes being warm and involved in the…